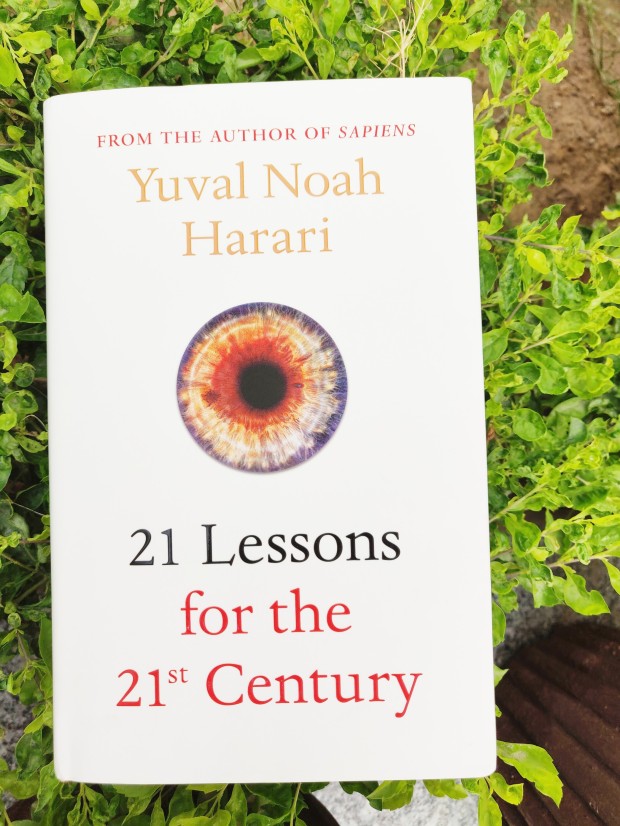 First I would admit, I am big fan of the author. Anybody who has not read history as a subject, will find his historical stories very enticing.

This book explores present time, after he examined past in “Sapiens” and future in “Homo Deus”.

Author has excellent storytelling gift, which makes reading his books very enjoyable, even more if we surf ‘google’ alongwith reading.

Book examines every important aspect of our being, with focus on fact that present world is so complex that it is almost impossible to work out what is happening at the moment. Our life revolves around a lot of fiction and stories, which are pumped into us, the moment we become a zygote.

After that whole life we try to adjust our behaviour according to the story. Each country and each religion has its own story, which hardly considers other possible stories, other than their own story.

What he imagines might be overcooked soup, but it forces reader to think and reflect. It’s only assumption but facts discussed are hard and researched.

As compared to sapiens, book is almost as enjoyable as his first book and has basic arguments which were seen in his other two books. Lots of new facts are there but basic reasoning is repeated in the book.

His chapters on God and secularism are boring to say the least.

I liked chapter on post truth and terrorism the most. His long discussion on Judaism is also interesting. Some hardcore people may take his blunt and strong opinions at heart. His comments cover almost every significant religion and nation. But countries of Africa and South America feature less prominently.

He succeds in almost in all his arguments, even if marginally.

He uses stories from movies at a lot of junctures which appear a little artificial. He has touched almost every religion. He is particularly hard on Russia and communism but deep faults in capitalism, religion, free will, liberty, revolution, war and countries of East Asia balances his criticism to include all defaulters.

Afterall, in n his own words, ” we cannot underestimate stupidity of sapiens”.

A blog to share great ideas I encounter; while reading nonfiction books View all posts by Amit Verma